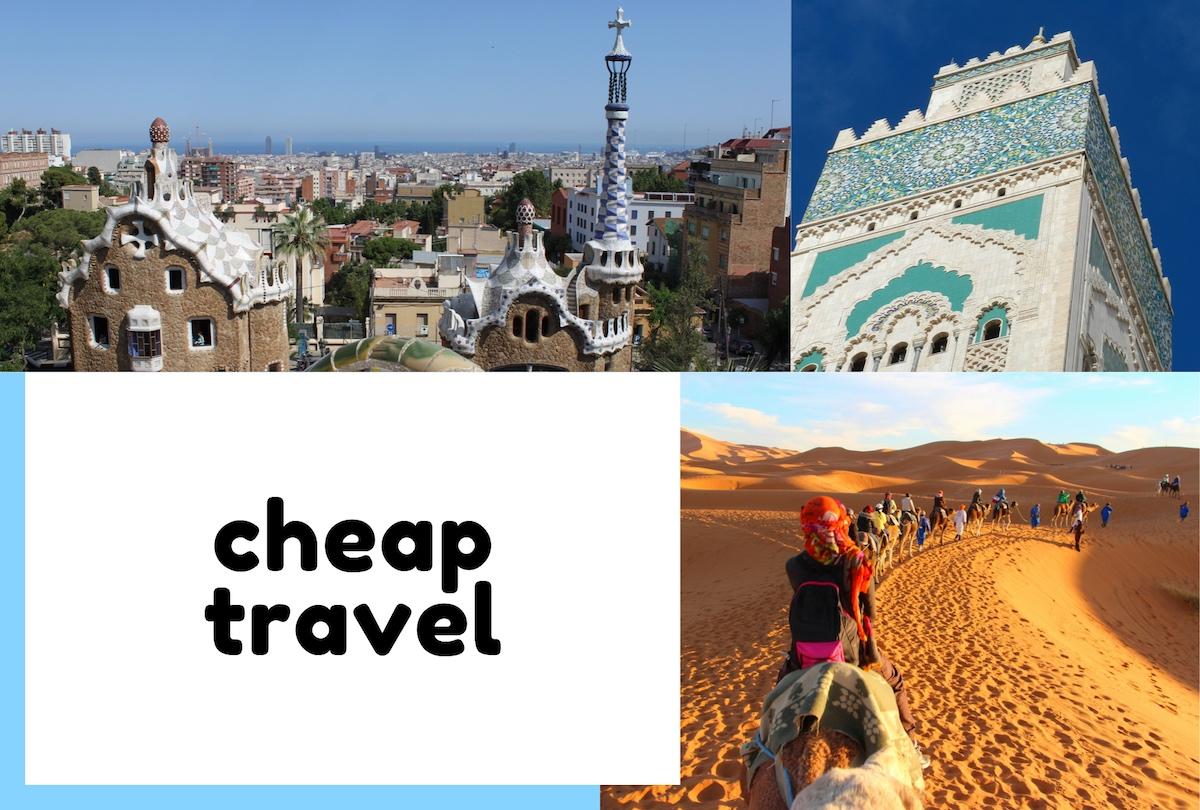 Cheap travel to Europe is not only possible, but we got the receipts to prove it to you!

So, we thought what could we do for our readers in scoring big travel.

Because Europe is a big destination for Americans, we thought we would take you there on a budget.

But then, we thought, why stop there?

So, we included Africa too!

So, this flight is with Iberia via LEVEL, which is an economy airlines co-owned by European airlines like Iberia and British Airways.

Because Barcelona is consistently voted as a top European destination, it will be the perfect place to go.

As a result, you will enjoy all the diversity of its people, land, and culture.

Of course, there are flights from Barcelona to London or Paris or even Milan for less than $50 each way.

You think this is crazy.

So, this flight is with RyanAir, which is a low-cost airline from the United Kingdom.

Meanwhile, Fez is one of the most important cities in Morocco and is full of history, culture, and tourist things to see.

Enjoy a month in this beautiful country and check out all of the top cities such as Casablanca, Marrakesh, and Tangier.

After that, you are ready to go back home.

So, a flight from Marrakesh to New York City shouldn’t cost you so much, since you’re only coming back with experiences and memories!

This flight is through Kiwi, which is an online flights company.

Travel doesn’t have to cost an arm and a leg.

Because there are many airlines in the world, consider shopping around!

So, what do you think?

Are you going to take advantage of our cheap travel to Europe and beyond?

Let us know in the comments!