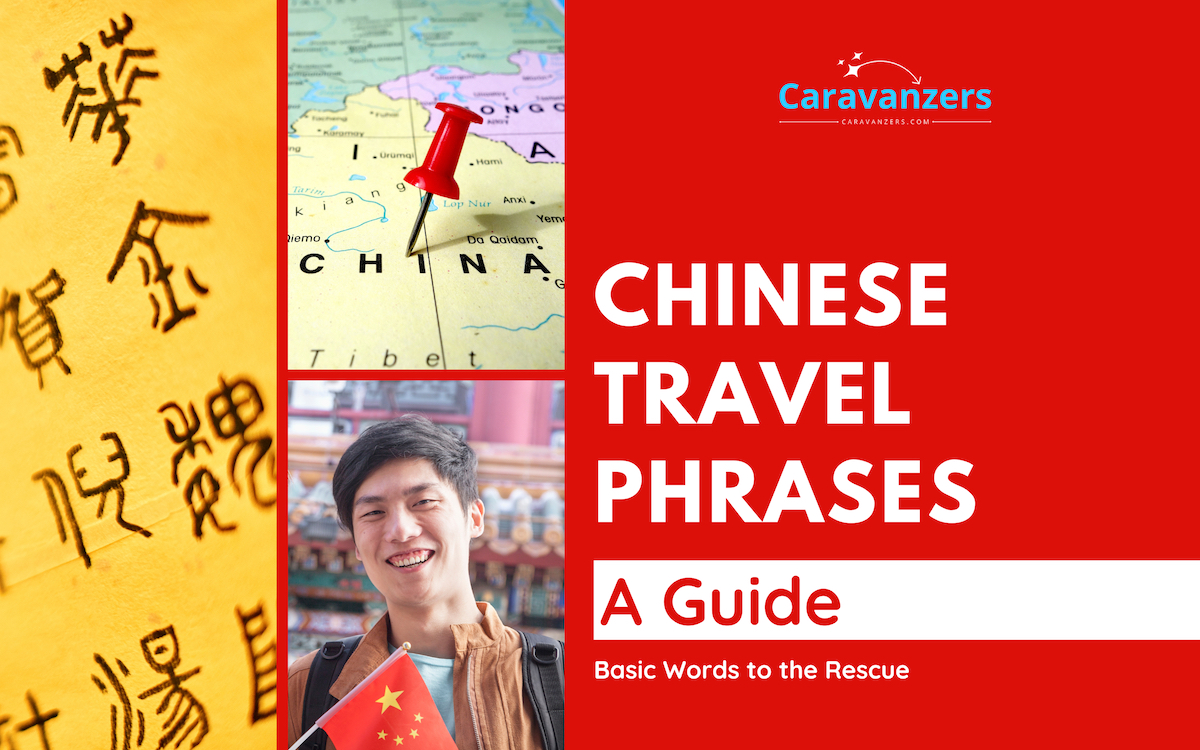 Chinese travel phrases are those short sentences that help you to navigate your trip to China. Understanding the meaning behind the words will help you value what you are saying.

Many travelers choose to learn Chinese phrases before their trip for a variety of reasons. The first and most obvious reason is that it aids in communication.

By learning key phrases, travelers can more easily ask for directions, order food, and find out important information about their destination.

Additionally, learning bits of the language shows respect for the culture and customs of the country you are visiting.

Even if you only know a few basic phrases, Chinese people will appreciate the effort and be more likely to help you out.

A better term for the word “Chinese language” is “Hànyǔ” (汉语). That includes all of the languages spoken by the Han people, the largest ethnic group in China.

However, the main language you hear spoken across China is Mandarin Chinese or “Pǔtōnghuà” (普通话).

Mandarin Chinese is a Sinitic language that developed from Old Chinese. It is the official language in Mainland China and is natively spoken in northern China.

The Chinese travel phrases that appear in the rest of this article are common Mandarin phrases.

How to Say Hello in Chinese

As a tourist, you want to greet Chinese people to show that you are interested in our culture and are willing to make an effort to learn about it.

How do you say hello in Chinese? To say “hello” in Chinese, you would say “Nǐ hǎo” (pronounced as “knee how”). The phrase means “you good.” It’s a way to say to the person that you wish for their good health. It’s a common phrase for a first meeting.

You can also add someone’s name after the greeting to make it more personal. For example, if you were saying “hello” to your friend Wang, you would say “Wang, nǐ hǎo.”

Greeting makes the locals feel more comfortable and welcoming toward you, and it can help to break the ice and start a conversation.

So next time you’re in China, don’t forget to say “hello”!

How to Say Thank You in Chinese

Thanking someone in their native language is a great way to show respect and appreciation, and thanking them in Chinese is actually quite simple.

How do you say thank you in Chinese? The most common way to say thank you is “Xiè xiè nǐ” (谢谢你), which is pronounced as “shiyeh shiyeh knee”). The phrase is very old, dating back thousands of years. In Ancient China, it meant like “Assigning you gratitude.”

For an informal or faster response, you can say “xiè” (谢), which is “thanks.” This is especially cool with the younger people or anyone you think can appreciate informality.

If you are really grateful for something, you can use the longer phrase “Wǒ fēicháng gǎnxiè nín” (我非常感谢您). This phrase is pronounced as “Woh fayjung ghanshiye nin.”

Now you know how to reply in gratitude!

How to Say Yes in Chinese

Like any other language, there are situations when a traveler needs to affirm something and say “yes” in the local standard dialect.

How do you say yes in Chinese? The most common way to say yes is “Shì” (是), pronounced as “shee.” This actually means “to be” in Chinese and is a common way to affirm something, dating back to the Imperial Age. Whatever the emperor said was “to be.”

For more formal situations, you can say “Shì de” (是的), pronounced as “shee duh.” It says that you are aiming for affirmative.

For informal ways, you can say “Duì” (对), pronounced as “do way.” It has a similar meaning to the English word “correct.”

Finally, another yes is “Méi cuò” (没错), pronounced as “may tsuwo.” It’s similar to the English “that’s right.”

So, whatever you say, now you know!

How to Say No in Chinese

Just like yes, there are times when a traveler needs to say no. In China, this is not our favorite word, but you will need to use it sometimes.

How do you say no in Chinese? The most common to say that no is “Bù” (不), which is pronounced as “buu.” This character is very interesting because it is visually improper (visual symbol) as it looks like a person whose left hand is disconnected from their body.

When you know a little more Chinese, you will see the word has more “not” to it than a direct no.

For example, the phrase “Bù héshì” (不合适), which is pronounced as “buu qheshee.” It means “improper” or “inappropriate.”

So, have fun with it!

How to Ask for English in Chinese

Many travelers to China want to know how to ask if the person speaks English in Chinese.

The proper term is “Nǐ shuō yīngyǔ ma?” (你说英语吗). It asks, “Do you speak English?”

If you’re speaking to a young person, however, there are some other phrases you can use to be more cool.

Here are a few other common phrases travelers might need. For example, if you’re on a budget and come to a new Chinese town and didn’t find anything on the web, you can ask locals.

For a quicker way, you can ask, “Jiǔdiàn?” (酒店?), which is pronounced as “jiyodiye.” Remember you have to add a question mark by raising your voice at the end.

If you get hungry and you want to know where the nearest restaurant is, you can ask “Cāntīng zài nǎlǐ?” (餐厅在哪里?). It’s pronounced as “chantin zaiya naalee.”

Travelers need Chinese phrases for a number of reasons. First, it can help them get around in China.

Being able to say a few words can go a long way here in China. People are excited to hear you pronounce or mispronounce words.

Second, it can help them communicate with locals. Many people want to help you, but they need to know what you need.

Finally, it can help them make new friends while in China.

In this article, I gave you a few phrases you can use on a daily basis. Now all you have to do is experiment with them.

I would suggest using Google Translate and writing the Chinese characters I provided to hear how they sound!

Good luck with your trip to China, and you can see other related Chinese articles below this.