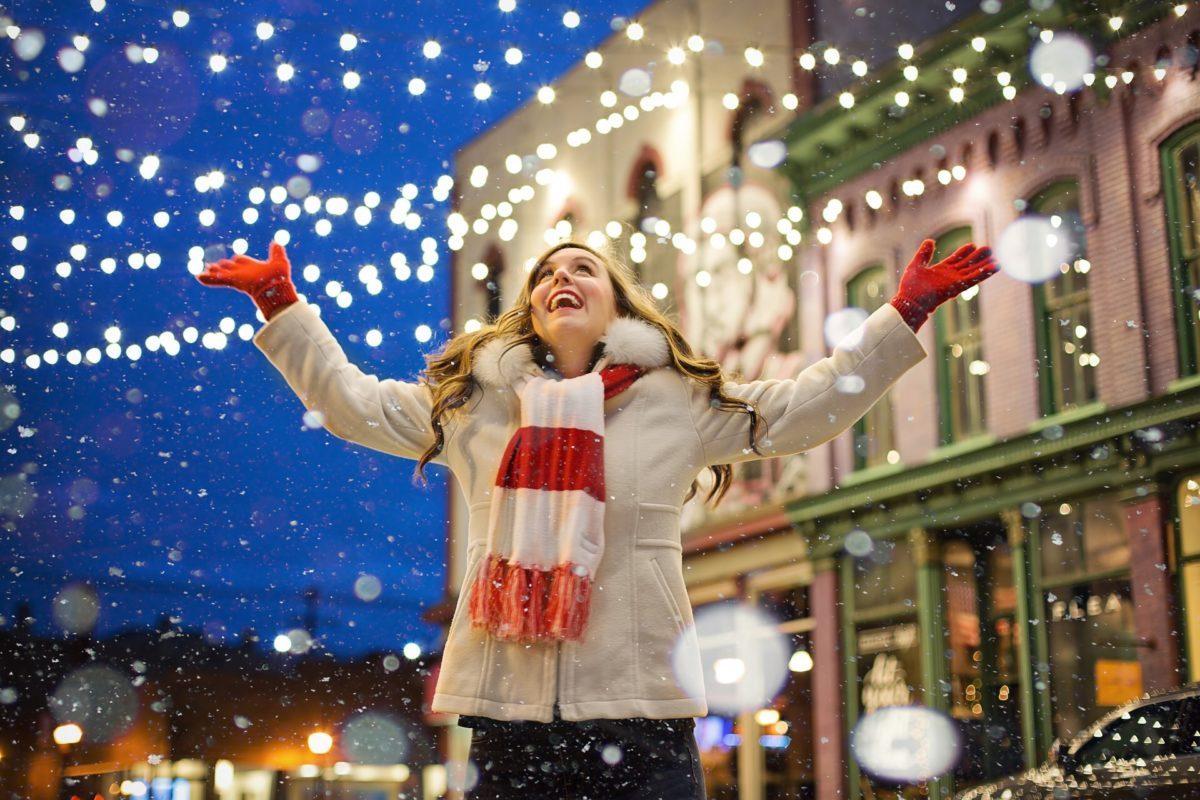 ‘Christmas Around the World’ is part of our Festival section.

If you ever have the chance to be part of celebrations of Christmas around the world, you will have an unforgettable experience!

Christmas, which celebrates the birth of Jesus Christ, is important to the nearly 3 billion people on this planet who are believers.

So, let’s go around the world in this article and see how it is celebrated.

Christmas in the Holy Land

Bethlehem, where Jesus was born, is under the Palestinian Authority in the West Bank.

However, Palestinian Christians are scattered throughout the Palestinian territories as well as Israel where they are called Arab Israelis.

So, eid el milad or Christmas is a big deal.

Meanwhile, Christmas traditions are similar across the area in that people go to the churches, celebrate with family, and partake in the overall joyous seasons.

Likewise, Palestinians celebrate Christmas in not just these two countries but Lebanon, where there is a huge Christian community and where there are a significant number of Palestinians.

When it comes to food, Christians in Palestine and Israel have specific foods they eat, such as barbecued meats, aromatic rice dishes, and tons of sweets and drinks.

Christmas is festive in cities like Bethlehem and Nazareth, where people parade down to the churches and use fireworks.

Because the Arab World is predominantly Muslim, Christmas is not a big deal to the general public.

However, countries like Lebanon, Syria, and Egypt have sizeable Christian communities.

Likewise, there are also a large number of expats in the Gulf countries such as the United Arab Emirates, Saudi Arabia, Qatar, and Oman.

For example, there are a lot of Asian and African service workers, et cetera.

Meanwhile, Egyptian Christians are very different from Syrian or Lebanese ones.

For instance, their foods are different.

Nevertheless, all Arabs enjoy Fairuz and other Christian singers about Christmas.

Churches are usually full of worshippers.

Lots of fun to be had.

Sometimes, Arab Christians are targeted in Egypt. For example, there have been terrorist attacks during Christian holidays in Egypt, where many people died.

Christianity has been in Ethiopia at least since the 4th Century and is predominantly Orthodox.

As a result, Ethiopia is home to the largest pre-colonial Christian church in Africa, as well as the largest Orthodox Church in the world.

Because of its Orthodox roots, yegena be’ali (in Amharic) or ganna (Ge’ez) Christmas is celebrated on January 7th instead of December 25th.

For example, Christians go to the highlands and celebrate Christmas in Lalibela, a city formed out of rocks and chosen as Jerusalem when Muslims occupied the real Jerusalem.

There are 13 churches in Lalibela—all carved out of the rocks.

Because Mary as the mother of Jesus, Saint George as the saint of the nation, and the Seven Archangels as the protectors, these are important figures and the Christmas Season is a very interesting experience.

For instance, the season starts with “Tsome Nebiyat,” a fasting day, which normally takes place on the 24th day of November, and ends Christmas Eve.

So, injera, a unique flatbread on which most other foods are eaten, plays a big part.

Because India is predominantly Hindu, Christmas is not as important as other holidays.

However, all of India is in festive mood towards the third part of the year.

For example, usually the elephant god, Ganesha, has his festival around September and later the Festival of Light, Diwali, will come before Christmas.

Because of Western influences, Christmas is known throughout India.

“Krisamas Mubarak,” says a man in Delhi, his hands put together, the balms facing one another, and with a little bow.

In Delhi, where Urdu-influenced Hindi is spoken, Christmas is known as krisamas.

Meanwhile, for Christians, Christmas is the most festive time of the year.

Because the majority of Indian Christians are Catholic, a large number of them start planning their celebrations on Advent Sunday forward.

Sweets made for Christmas include the 20-plus recipes in the sweet Christmas traditions known as kuswar (originally from Goa but popular in neighboring states), as well as the traditional sweets of Tamil and Malayali (these two groups form the largest Christians in India).

Christmas is celebrated in the churches during Christmas Eve, and there are basically church services going all through December and the first week of January.

Because Christianity is popular in the southern portion of the country, you will find greater Christian communities in states like Goa, Karnataka, Tamil Nadu, and Kerala.

Christmas is important to the large number of Christians in this Asian country, as about 30% of the population is Christian.

As a result, Christmas is a national holiday.

Meanwhile, even though Christmas is similar to Western countries, Christians here start getting into the Holiday spirit around Christmas Day.

That is, it is not a “big” holidays that drags on from Thanksgiving forward as it is in the United States.

Likewise, Koreans celebrate the actual religious aspects of the holiday rather than shopping and gifting being the main events.

However, Christmas takes on a romantic side in Korea.

For example, restaurants are super busy during Christmas Eve and Christmas Day, because many people go out as this is seen a romantic holiday.

Talk about Christmas around the world!

So, in Russia rozhdestvo or Christmas is celebrated on December 25th in the Julian calendar.

In other words, it is January 7th in the Gregorian calendar, which most of the world uses today.

Meanwhile, on Christmas Eve people go to the church for services and when they go back home they will make the svyataya vecherya or the Holy Supper.

Because the Holy Supper celebrates the 12 Apostles, there are 12 dishes.

However, meat and dairy are not part of the dishes, as the people are still on their Nativity Fast or what we would call Advent in the West.

In the meantime, there is an old Russian winter festival called kolyada, which pre-dated Christianity and was incorporated into Christmas.

Because kolyada takes place on Christmas Eve, the practice of strolling through town, singing and enjoying is now part of Christmas traditions.

It is similar to the trick and treat traditions of Halloween, because kids go around blessing homes and get candy as a reward.

Meanwhile, Christmas is usually very cold in Russia and there are a lot of snow.

Brazil is a diverse society and dia de festas or Christmas is diverse as well!

Because Brazil was a colony of Portugal, many of the Portuguese traditions of Christmas are found there.

For example, there is a Christmas tree, gifts are exchanged, and there is a Santa-like figure called Papa Noel who brings gifts.

However, Brazil has its own customs too.

For instance, interior decoration of the family home is important and there are even contests in some cities where judges declare winners.

There is a Turkey meal on Christmas Eve that is enjoyed with rabanada or Brazilian French Toast.

After that, around midnight you either go to mass or go have some caipirinhas (Brazilian cocktail) with friends.

Meanwhile, Christmas is very warm in Brazil, as it is the summer time in the southern hemisphere.

Christmas is an important holiday to billions of people worldwide.

As a result, the local traditions add uniqueness to the festival when one experiences Christmas around the world.

Because of the diversity of the people who celebrate this holiday, Christmas can be completely different in different places.

For example, Christmas is very cold and snowy in Russia but warm in the heat of summer in Brazil, where they are in the southern hemisphere.

So, go travel and enjoy the diversity of it!