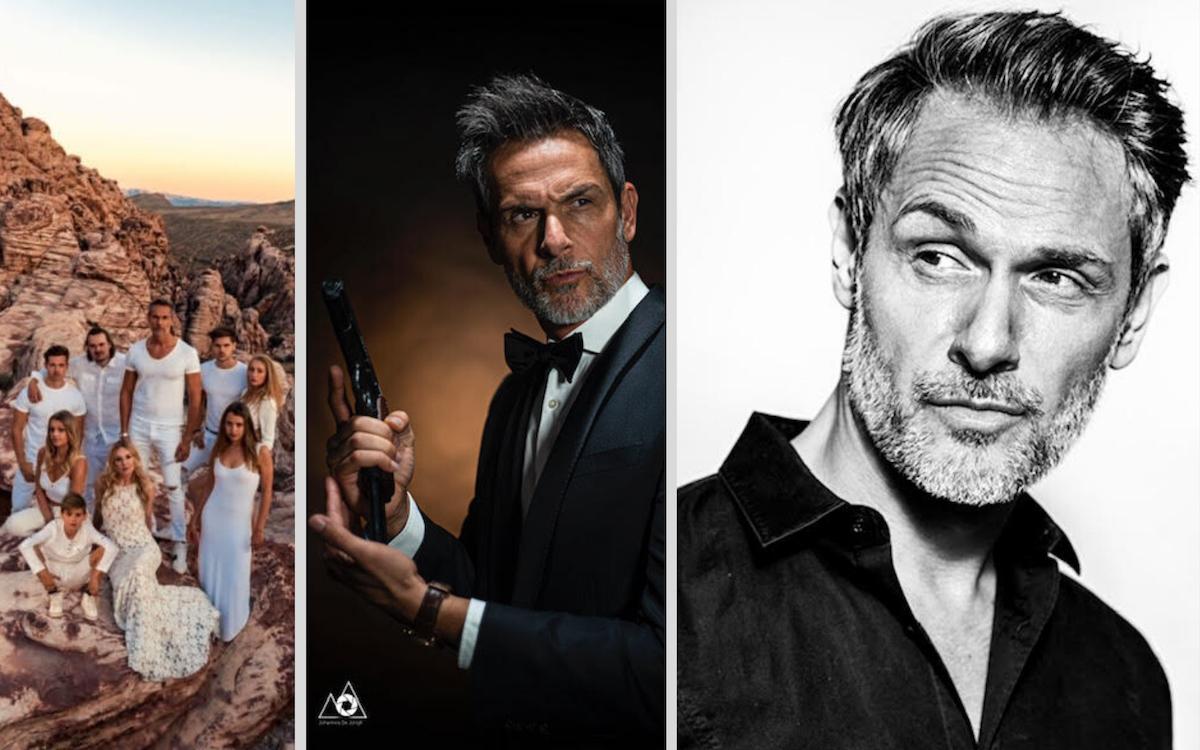 Jadranko Ostojic is an artist in all sense of the word, as a fashion model, actor, and a musician. Follow along with his global journey.

From Bosnia and Herzegovina to the world, Jadranko “JD” Ostojic is an artist who brings art, love, and healing wherever he goes.

In this article, we hope you get to know this interesting man.

Meanwhile, you will get a chance to learn more about Bosnia and Herzegovina, healing music, and more!

JD was born in Zenica, which is a town about 70 kilometers (or 43 miles) north of Sarajevo, the capital of Bosnia and Herzegovina.

When he was 1 year old, his family moved to Belgium.

“My parents wanted more in life,” he says, adding that they still wanted to stay in touch with their roots. “We went to Bosnia and Croatia for holidays every year.”

As a result, JD grew up speaking four languages, including Bosnian, English, Flemish, and German.

For readers who are not familiar: Bosnia and Herzegovina is a Slavic society that was part of Yugoslavia (along with Croatia, Kosovo, Montenegro, North Macedonia, Serbia, and Slovenia) until the early 1990s. At the time, “Bosnia” was a province of Yugoslavia, but after the Bosnian War (between Bosniaks, Croats, and Serbs—representing Bosnia, Croatia, and Serbia) the country was formed. Today, Bosnia and Herzegovina’s demographics are 51% Bosniaks, 31% Serbs, 16% Croats, and a smaller minority classified as others.

Believe it or not, Belgium is a diverse country.

However, its foreign population still has a majority of European Union citizens.

“EU citizens make up just over half of the total foreign population in Belgium, a large portion of which is comprised of Italian, French, and Dutch citizens,” explains Milica Petrovic, in research for the Migration Policy Institute Europe.

Children of immigrants are often caught between two cultures—the culture of their parents and that of their surroundings.

However, while modeling, he was also working in the family business––in a restaurant.

Modeling led to acting, but there was also a side to him that was an entrepreneur and a businessman—thanks to the family restaurant.

Meanwhile, he met and married model Martine de Ruyter with whom he has children, including Janis, who followed his parents to a modeling career of his own.

JD’s parents tragically died when he was in his mid-20s.

However, his parents’ business gave him a start in his own family, as it trained him as a businessman.

Over the years, he developed several restaurants, international real estate ventures, and grew more into his artistic business as a producer.

He produced several products, including De Opdracht (The Assignment), the 2018 Belgian film.

Meanwhile, JD and his son were picked for a reality show entitled “Growing Up Supermodel” for American television.

As a result, the family moved to the Los Angeles area in 2017.

Likewise, his own family docuseries, is in the making.

“The docuseries is about our family’s move from Belgium to the United States,” says JD, adding that the docuseries is meant to get the viewer to come along. “How was this transition? How did we make these decisions, and, more importantly, what are we doing next?”

Another artistic element of JD’s is showing up more pronounced recently.

“I have been a musician my whole life,” he says, “but recently, I have started a project where I wanted to create music that can scientifically be proven to heal people!”

Enter the healing music of sound bath, which is something that JD is actively involved in.

What is a sound bath?

Basically, it is exactly like it sounds, no pun intended.

So, sound bath music is bathing in soothing sound.

For thousands of years, humans have used music to heal both physical and psychological ailments, dating back to Ancient Egypt.

“Over the last few years, an increasing number of people have turned to the ancient technique to reduce stress, depression, and anxiety,” explains Lauren Lee of CNN.

And if you think JD is “out there,” he is not. Research has shown that music has positive effects on humans.

“Listening to music prior to a standardized stressor predominantly affected the autonomic nervous system (in terms of a faster recovery), and to a lesser degree the endocrine and psychological stress response,” explained Thoma et. al.

In other words, music can heal environmental events that negatively impact our mental health!

In the end, JD is a human being on an artistic healing journey. Whether it was that teenager who became artistic, to the adult man who carved a creative life, or the businessman who works to keep it going, there is healing in all of it.

Meanwhile, he is literally making healing music, too!

So, what is next for him?

“Do what I love doing, which is continuing my adventures,” he says, continuing. “[I want to] send love and peace to the world together with my wife, my family, my flute, and sound bath!”