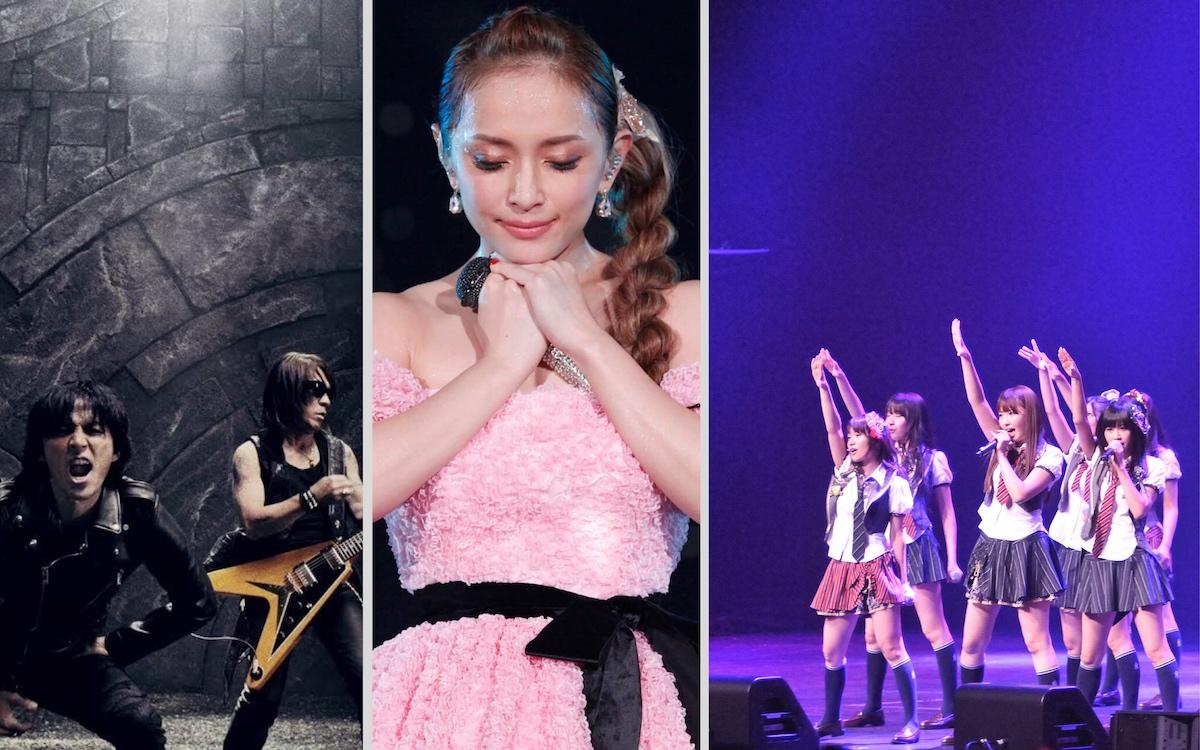 Because it is a wealthy nation, Japan attracts a lot of global musicians, but Japanese music is also diverse.

For example, there are Japanese solo artists, bands, and even idol groups.

So, this article will describe the situation from different perspectives.

Japan, which is called nihon (日本) in Japanese, is an old culture that dates back to 30,000 BC.

As a result, the human history of the area continuously contributed to Japanese music.

For example, the earliest Japanese musical styles are of nature.

Meanwhile, modern Japan is a country like everywhere else and has developed several styles of music.

Of course, the music of Japan has been influenced by both local and international contacts and connections.

So, let’s visit each of these domains.

Traditional Japanese music dates back through the thousands of years of Japanese cultural developments.

So, in that case, you have to look at the development of music in Japan through the region.

In other words, the overall development of music in Asia.

For example, the popular traditional Japanese drums of kakko (羯鼓 ) originated in China.

“We know that Japanese musicians had access to the galgo drums of Korea,” explains Yoshi, a music aficionado. “But, we also know that the galgo was based on the Chinese jiegu,” he adds.

Likewise, explains Yoshi, shōmyō (声明) music was developed for and through Buddhism, a religion that dates back to India.

“Because the royal court wanted its own unique music, different from Korean or Chinese,” he says. “So, this type of traditional music was developed in imperial Kyoto.”

Meanwhile, there is also theatrical music such as the noh (能) and kabuki (歌舞伎).

Because religion and the imperial court dominated mainstream culture, others needed to make their own.

“So, noh and kabuki were developed by outcasts who wanted to entertain themselves,” says Yoshi.

However, whether developed by outcasts or not, theatrical music is well respected today.

Therefore, there is diversity to traditional Japanese music, even if it is really ancient.

Because Japan is a country that continuously develops, there is a modern music scene that is connected to traditional music.

For example, enka (演歌) is a modern genre, developed in the early 20th Century, that has its roots in traditional music.

So, you will often see musicians like Sayuri Ishikawa dressed in traditional clothing when performing.

However, it is also very modern, especially in sound.

“Enka is fascinating because it attracts non-Japanese, as well,” says Yoshi.

For instance, there are non-Japanese enka musicians like Sarbjit Singh Chadha (Indian) and Jerome White (African-American).

Then, of course, there is kayōkyoku (歌謡曲), which is a modern genre that was developed in the mid 20th Century.

So, you could say that this genre was definitely what was popular globally at the time.

“It was the first type of Japanese music to hit big globally,” says Yoshi.

For example, “sukiyaki” was a song by Kyu Sakamoto that became a number one song in the United States.

Meanwhile, there is poppusu (ポップス), which is a genre globally known as J-Pop.

Because the heart of this genre is its global nature, it needs to be explored on its own.

J-Pop may have been born here, but it is definitely beyond Japan.

For example, poppusu dates back to the nyū myūjikku (new music) movement of the 1970s and early 1980s.

Meanwhile, this further developed to shitī poppu (city pop), which was an infusion of global sound with Japanese themes.

In other words, this was a flavor of big-city artists that wanted to tackle issues at home.

However, it was the 1990s when the genre exploded.

For instance, singer-turned-producer Tetsuya Komuro created hit after hit. For example, once, according to Yoshi, Komuro’s songs occupied in the top five songs at the same time.

“But it is Yasushi Akimoto who is the king of pop in Japan,” says Yoshi.

Meanwhile, the best selling solo artist of all time in Japan is pop singer Ayumi Hamasaki.

“She also has the most number-one albums of any female artist,” says Yoshi.

Even rock band B’z, which is the best selling musical act of Japan in general, experimented with J-pop.

One thing that characterizes J-pop is idols.

So, this all-girl group is only second to B’z in sales and has its own theater in Tokyo’s Akihabara area.

Japan has a long history of music.

For instance, traditional music dates back to ancient times.

As a result, it was developed and characterized by both mainstream and minority cultures.

So, for example, religion and the royal court dominated mainstream traditional music.

However, minorities created their own music that is now also popular as part of traditional music.

As a result, modern Japanese music became attractive to foreigners.

Therefore, there have been successful Japanese musicians in foreign countries.