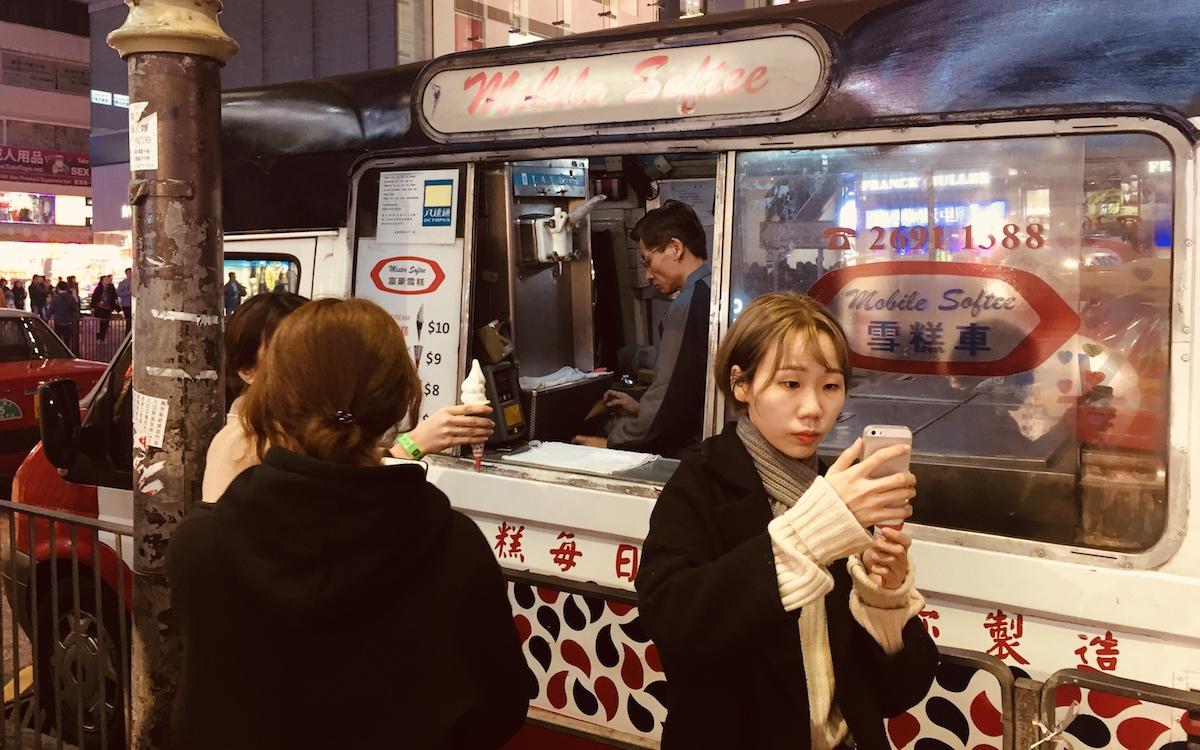 Mobile Softee in Hong Kong, which was known as “Mister Softee” until 2010, is a cultural icon that has been keeping kids and adults happy since the 1970s.

Because of its unmistakable colors of red, white, and blue, as well as its cute tune, which is based on The Blue Danube by Johann Strauss II, it is hard to not encounter one of them.

“It is such a big part of my childhood,” says Rachel Chan, a young woman I meet who soon starts taking selfies with the truck. “It is not about the ice cream, it is how you feel because of its colors and music—it is memorable.”

“When I was a kid, there were more of them,” says Chan, with nostalgia in her voice, “I think there are less than 20 of the trucks these days,” she adds.

Certainly, a law in Hong Kong, which made it hard to transfer licenses between existing physical “hawking” properties, affected the company.

“If they buy new trucks, they don’t have license to drive through the city,” says Chan.

Instead, the company is forced to use the old trucks.

As a result, the trucks you find in Hong Kong are the original 1970s ones that were imported from the United Kingdom.

To find a Mobile Softee, just head to any major landmark and you will probably see one.