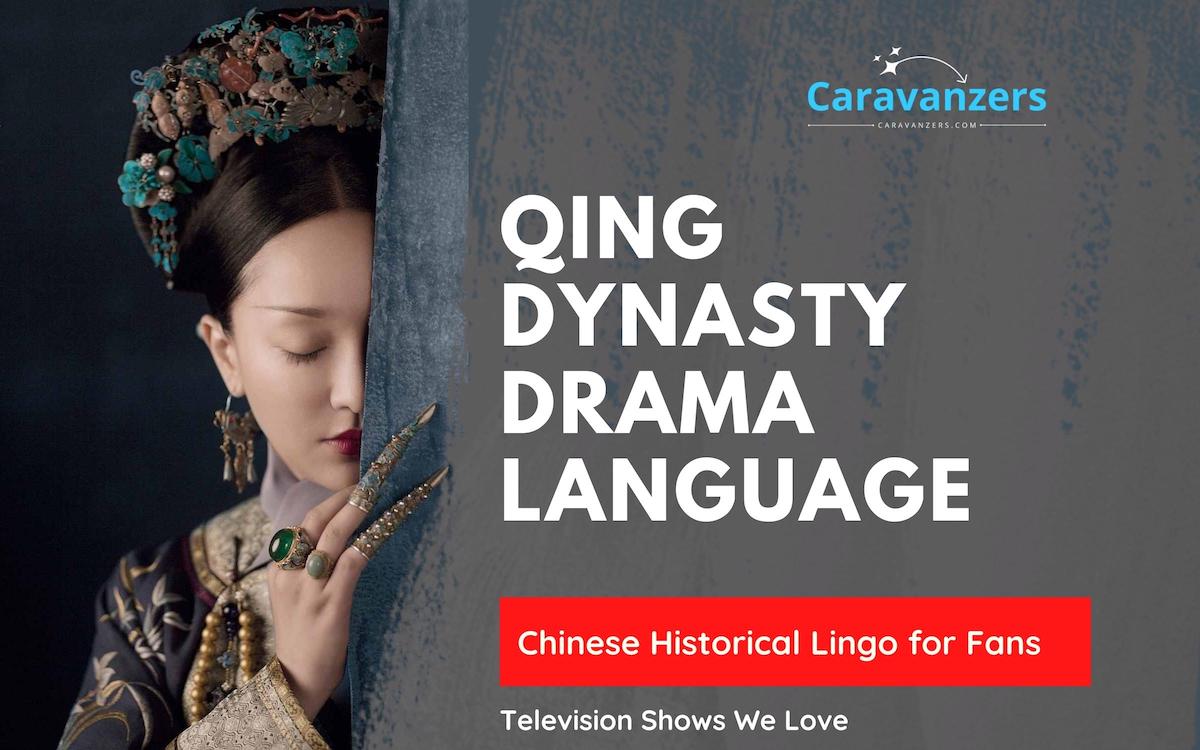 When it comes to Chinese television shows, Qing dynasty drama has it all. However, one thing that non-Chinese fans complain about is how ancient it all sounds.

Well, it’s the same for Chinese viewers, too!

So, here are some quick things to learn.

Qing Dynasty Was a Manchu

First of all, it’s important to remember that the Qing royal people spoke the Manchu language.

Manchu is an endangered East Asian Tungusic language indigenous to the historical area of Manchuria in Northeast China.

However, as time passed, fewer and fewer Qing royals spoke the language. In fact, the last emperor didn’t speak it fluently.

But, of course, in Qing dynasty drama, they speak Mandarin or pǔtōnghuà (普通话), which is the standard Chinese language.

For many popular Chinese actors, Mandarin may not be their first language, and they may not be able to pronounce the dialect perfectly.

So, to fix this issue, dubbing actors––voice actors––speak perfect Mandarin over their lines.

There are also a lot of other challenges.

Now that I’ve gone through all the basics let’s get to some of the fun phrases and words we love.

There are many characters in these shows, but usually, Qing dynasty drama has a few must-have ones.

These characters come with honorifics, a very complicated system.

The emperor is usually referred to as huángshàng (皇上) or “Your majesty” in most cases.

For example, in Ruyi’s Royal Love In The Palace, which I will use throughout this article, Ruyi almost always refers to her husband as such.

However, in reality, the emperor should be called huángdì (皇帝), which means “Emperor.”

So, of course, that’s the title his mother uses when she talks to her son on that show.

After the emperor, we have his mother. In Qing dynasty drama, the living mother of the emperor is called tàihòu (太后) or Empress Dowager by all who are at her level or lower.

However, her son or his wife do not call her that. Instead, they use huáng é niáng (皇额娘) or Empress Mother.

In “Ruyi,” there’s a very important scene when Ruyi visits the mother of the emperor, looking for blessings and advice. The older woman tells her that she will be calling her “mother” the next time they see each other.

With the emperor and the dowager out of the way, we get to the empress. She’s called huánghòu (皇后) or “Empress” by people at her level or higher.

However, everyone else, including the top consort under her, must call her huánghòu niángniáng (皇后娘娘) or “Empress Mother.”

Generally speaking, the person above doesn’t have to greet you. But you need to greet the person at your level (whoever shows up first greets), as well as anyone above you.

The most common greeting is gǐng’ān (请安) or “Blessing.” This is something kind of holy, and you’re supposed to go “get blessings” from people of higher status.

For example, the empress will always greet the emperor when he hasn’t slept at her house the night before as follows:

While saying that, she might bow a little, halfway, or go all the way down (sitting on the back of her legs and placing her hands over her knee).

Unless he’s dissatisfied with her, he will tell her to get up:

And then she will get up and will usually thank him:

When the emperor leaves, the concubine will always “send him off” by saying:

Chén qiè gōng sòng huángshàng (臣妾恭送皇上) or “This concubine sends off His Majesty with blessings.”

Okay, so I’m very biased. In my opinion, “Ruyi” is the best one ever made.

This is the first time we meet a sensible, kind, and holy person as the empress. The type of person we all wish was part of these dynasties.

In the entire series, she never betrays anyone. I don’t want to spoil the show for you, in case you haven’t seen it, but there are moments when you would forgive her if she betrayed people, and she doesn’t.

There’s a lot of fun language in Qing dynasty drama shows. As you can imagine, there are nuances that you simply can’t discuss in a short article like this. However, I wanted to give you a chance to practice with some of it.

Want to practice these words? Head to Google Translate and enter the word in its Chinese form. Then click “listen.”

The first time the audio plays is at a normal rate, but if you click on it again, it will play a slower version.