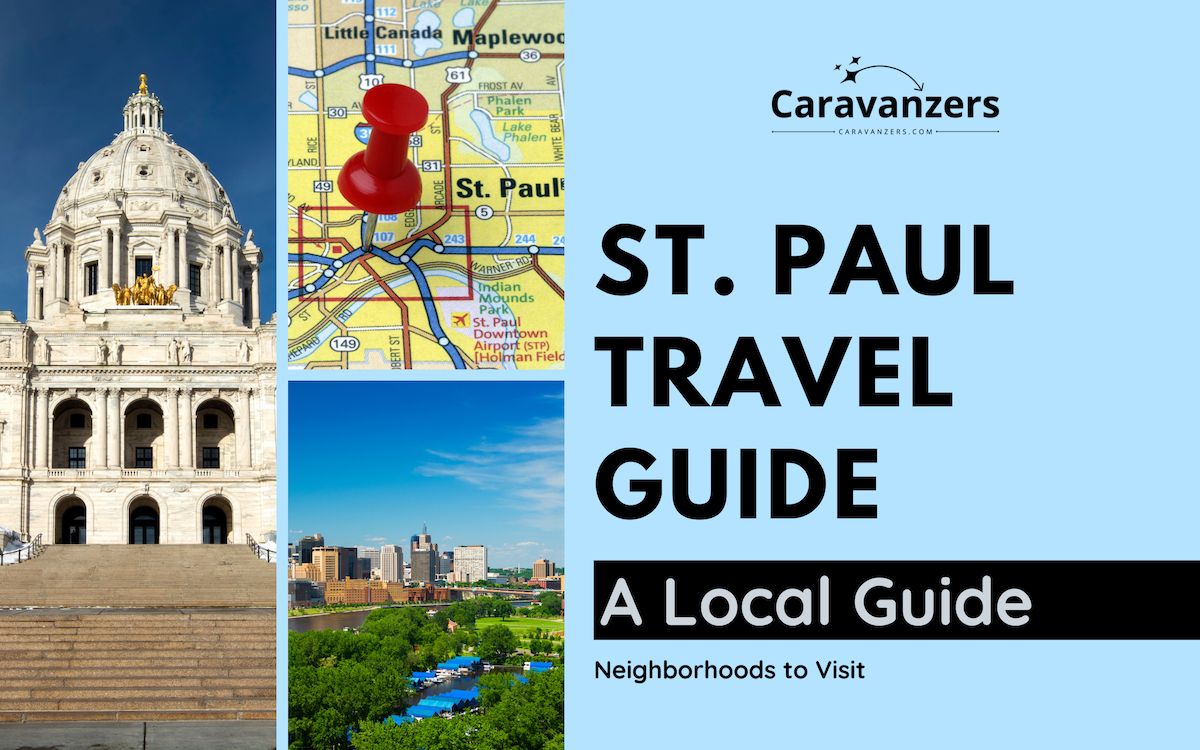 Saint Paul neighborhoods are what makes Minnesota’s capital an exciting destination. The city has everything to make for a great trip.

Part of the Twin Cities, which includes neighboring Minneapolis, Saint Paul is a calm and beautiful Midwestern city.

That is if you use 35-E and Downtown as the splitting East-West points of the city.

Downtown is the most popular area because it includes the city’s best restaurants, bars, and shops.

East Saint Paul is known for its beautiful parks and historic homes.

South Saint Paul is a great place to live if you want to be close to nature. It has many hiking trails and lakes.

West Saint Paul is the perfect area for families. It has excellent schools and plenty of activities for kids.

Downtown Saint Paul is a bustling area full of activity. This is the heartbeat of the city, and most locals end up making trips at least once per month, if not more.

The Minnesota State Capitol and the Minnesota History Center are both located Downtown, as well as the Mississippi Riverfront location.

Regions Hospital is a major health center in the state, especially for pediatric treatments. It brings out a lot of families from all over the state, which is why it is also nifty to have the Minnesota Children’s Museum nearby.

CHS Field is home to the Saints, and baseball fans across the state and nationwide make trips when visiting the city.

For a city that has just a little over 350,000 population, Downtown Saint Paul brings in a lot of traffic.

East Saint Paul is home to many different neighborhoods. Battle Creek, Dayton’s Bluff, Greater East Side, and Payne-Phalen are all located within this area.

Of course, each neighborhood has its own unique features and attractions. Battle Creek is home to the Battle Creek Regional Park. This park includes Pigs Eye Lake.

The Greater East Side is a diverse area with a variety of businesses and restaurants. It is also home to several cool neighborhoods, including Lincoln Park, with its beautiful Beaver Lake.

Payne-Phalen is a historic neighborhood with a number of well-preserved homes. My favorite part of this neighborhood is undoubtedly Phalen Beach, which is the best in the area.

South Saint Paul is an area of the city that includes the West Side neighborhood, as well as the St. Paul Downtown Airport.

For example, Harriet Island Regional Park has the famous Padelford Riverboats, which offer river cruises that are truly amazing on a summer night.

The area is well known for its large parks and green spaces, as well as its central proximity to both Downtown and Minneapolis.

There are many things to do in West Saint Paul, from exploring the parks to visiting the nearby suburbs.

Some of the state’s top higher learning institutions are also in this area. These include Concordia University, Macalester College, and Hamline University––all in this part of town.

Likewise, top attractions like Como Park Zoo & Conservatory, Can Can Wonderland, and Allianz Field are all here.

Go for a nice drive from Downtown on University Avenue, leading you into Minneapolis.

There are many reasons to visit Saint Paul. The city is home to a variety of cultural attractions, including the Minnesota Museum of American Art and the Science Museum of Minnesota.

Saint Paul is also a great place to enjoy the outdoors, with many trails winding through the city’s large beautiful parks.

And don’t forget the food! Saint Paul is known for its fresh, locally-sourced cuisine, as well as its growing international community.

Whether you’re looking for a relaxing time or an adventurous experience, you’ll find it in Saint Paul.

Tom Larson is a traveler who writes about the outdoors.