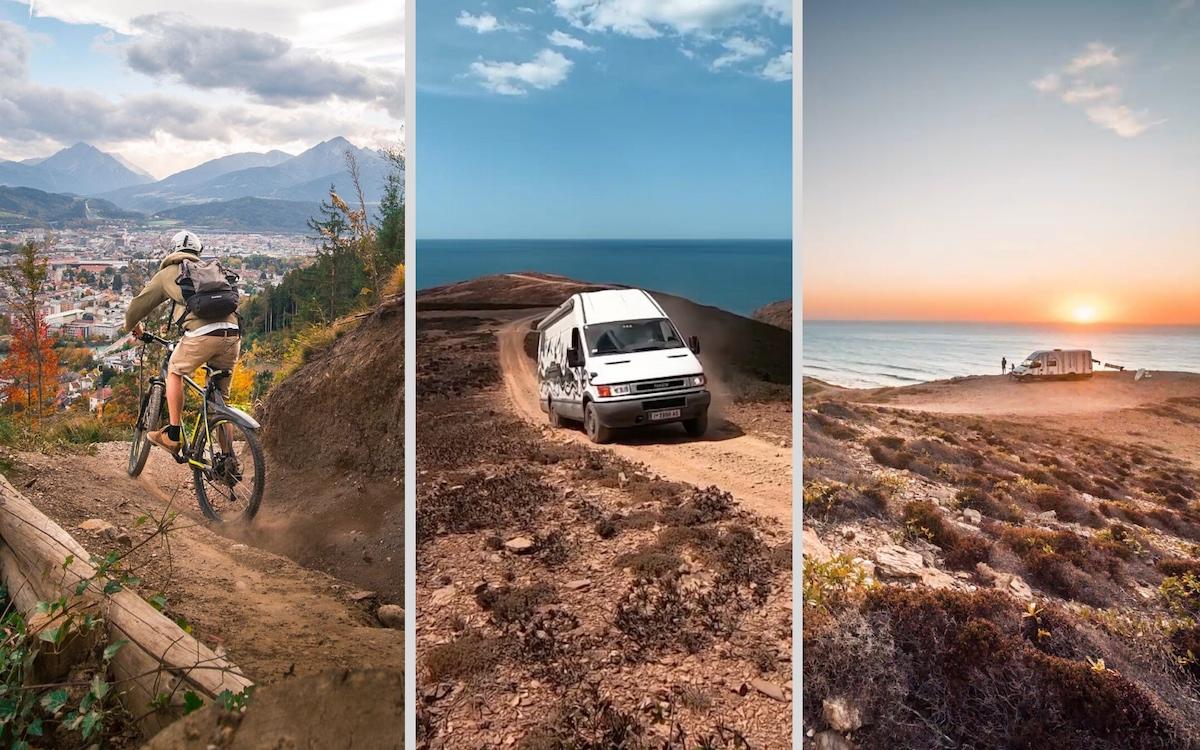 From Germany to Morocco, Sebastian Schieren seeks and finds adventure in ways that might inspire you.

Although he does have a real job, like most of us, he dreams of living his adventurous life.

However, what separates Sebastian from the many of us is that he actually is doing it!

So, we put together a little article on this cool guy!

Sebastian is in his early 20s and German. He’s from the western state of North Rhine-Westphalia, but he loves to travel.

For instance, he currently lives in Austria.

And he says he is nerdy.

“I am on my laptop a lot, editing videos,” he says.

In other words, he’s not the typical “adventure” buddy.

But audiences love him for it!

So, in “real life” Sebastian is a freelance filmmaker, which means he has to find his clients on his own.

“I do everything myself,” he says, talking about marketing.

For instance, freelance filmmakers have to look for gigs online, through word of mouth, or even going to industry events.

The good news is that he has repeat clients.

“Most of the work comes from recommendations from other projects,” he adds. “However, I got a website to show my work.”

So, his website is kind of like the business card. On it, Sebastian talks about his philosophy for filmmaking.

“What is the future of film production?” he asks. “One thing I know for sure: It is fast, dynamic and personal!”

For instance, Sebastian says that classical ways to make films will no longer resonate with audiences.

“To stand out, image films and social media content have to be authentic and spontaneous,” he argues.”

Because Sebastian has personal experience with social media, he knows what people want!

In other words, an ideal client would be someone willing to see results rather than what worked in the past.

Therefore, a real interest of Sebastian’s– namely adventure – aligns with this philosophy.

He Works On The Dream

So, Sebastian is really passionate about adventure.

No, really, it is a big part of his life!

There are videos from him that are surfing, sailing, mountain biking, hiking, and more!

Therefore, his dream is to make adventure outdoor documentaries.

“Although they are a little silly more often than adventures,” he jokes.

But he’s working on the dream.

For example, he built a camper van with his brother.

Because he needed to have electricity and access to the Internet, camper van made sense.

As a result, the van has bedding, storage parts, and even a spot to work!

In other words, this allows him to work and do adventure videos on the road!

“For my adventure stuff, he says, “I use my social media like Insta and TikTok at the moment.”

So, Sebastian posts videos of his dream and it is taking off with audiences.

For example, he has had over 10 million likes on TikTok alone!

He Brings Adventure To Job

So, Sebastian is good at combining passion and job.

His gigs will often have an adventurous feel to them.

For example, he did a video for Temmel Fundraising GmbH, a public relations firm in Baden-Württemberg.

The video features young people having fun, surfing, yoga, and camping—all related to the firm’s objectives.

But the video was filmed in Morocco!

In other words, in one project there is an intersection of travel, adventure, and fun!

So, what are his future plans?

“I don’t have an exact plan yet,” he says. “I documented several road trips to France Spain and Portugal. They were rather just surf adventure trips.”

You will probably see them on social media.

Meanwhile, he definitely has more on his eyes.

“I am very fascinated with cold water surfing,” says Sebastian. “There are some unexplored surf spots in Norway I considered to search next year,” he adds. “But I’m am not yet sure if this will be a good story for a film because I do not want to do a classic surf movie.”

However, he says he’s inspired by Chris Burkard’s 2017 film on surfing, Under An Arctic Sky.