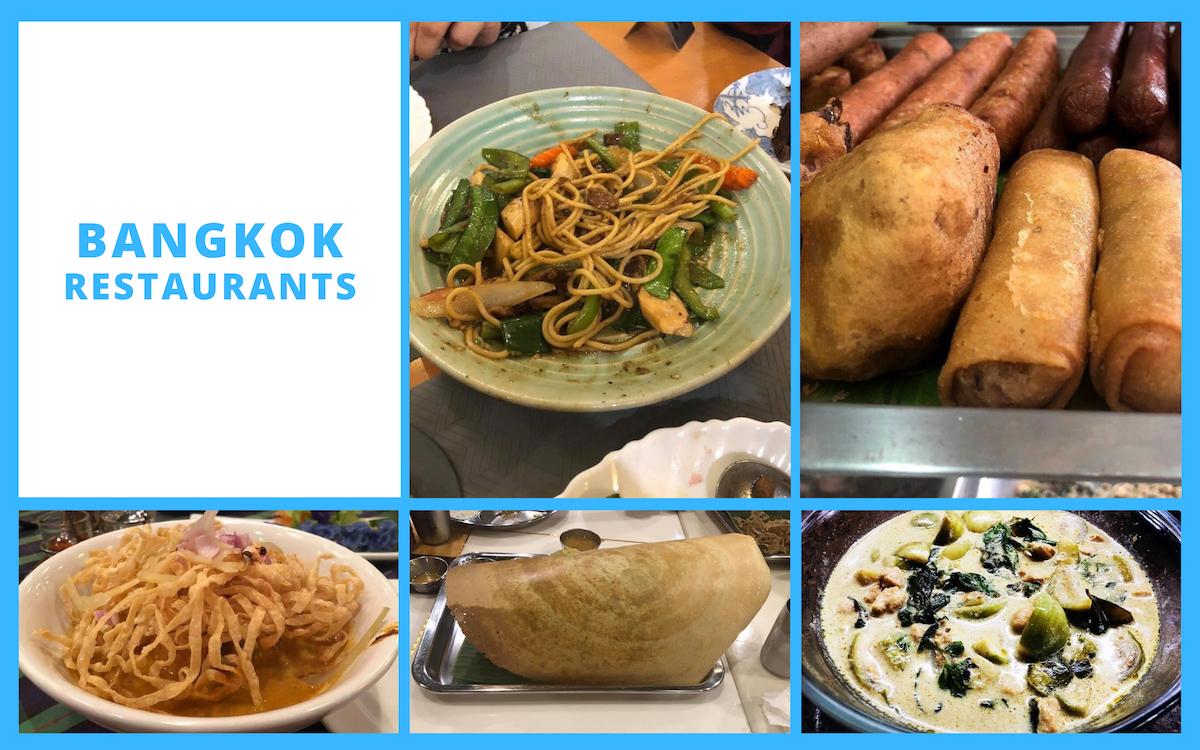 When you think of Bangkok restaurants, what comes to mind? If not Thai, Chinese, Indian, and Lebanese, then you’re missing out, says Namrata Gupta.

So, I’m Indian ethnically, but was born and raised in Bangkok.

Meanwhile, I studied in the United States for four years to get my undergraduate degree.

Bangkok is home for me and I speak English, Thai, and Hindi.

As a result, I have a very global taste!

Therefore, the type of restaurants that I gravitate to are very global, although I love local ones too.

Let’s find out some of my favorite spots in Bangkok.

So, the first restaurant that you must try when visiting Bangkok is May Veggie Home.

This is a vegetarian and/or vegan restaurant that offers local Thai, East Asian, and even some Western foods.

It is also locally owned, even though it is popular amongst the locals, expats, and tourists.

All the food and dessert that is served in this restaurant is freshly made.

The reason for that is this restaurant mainly offers foods that cater to the people that are health conscious.

So, you will find people who exercise and are conscious about their diet eating at this restaurant.

A lot of Indians, local Thai, local Chinese, expats, and tourists that mainly follow the vegan and vegetarian diet eat at this restaurant, as well.

So, what should you try at this restaurant?

Try the vegetarian chicken burger, which is served with french fries.

The dish is made out of Thai holy basil, Thai bird’s eye chili pepper, and garlic.

It is also stir-fried with spaghetti noodles, and fresh crunchy veggies with a mix of Thai vegan sauce.

Cabbages & Condoms is another Thai restaurant, with a concept of awareness of safe sex.

How about the khao soi kai, which is a northern Thai curry noodle with chicken.

It is a steamed whole sea bass with chili, lemons, and vegetables.

So, a lot of people don’t know, but there are a lot of Chinese people in Bangkok.

In fact, there is even a Chinatown in Bangkok!

The reason is because China is Thailand’s neighboring country, and so Bangkok has a high Chinese population.

So, what should you try?

So, what do I recommend?

Sriganesha, which is an authentic South Indian restaurant.

It is a very popular restaurant.

This is because, South Indian Hinduism is quite popular in Bangkok due to the oldest and famous South Indian temple in Bangkok, called Sri Mariamman Temple, which many Thai, Chinese, and Indian people living in Bangkok have faith in.

The famous idli and vada, which are South Indian combo that can be eaten as a breakfast, snack, or appetizer.

Also, try the masala ghee paper roast dosa, which is a savory pancake/crêpe that is thin.

It is very delicious.

So, the final restaurant is interesting!

Nadimos is an authentic Lebanese Restaurant.

It is very popular.

This is because Bangkok consists of quite a bit of Middle Eastern, who are in the gems and jewelry business, just like many north and south Indians living in Bangkok.

Nadimos is a restaurant that was started by a Middle Eastern Lebanese man who is a jeweler.

This is a restaurant that is popular amongst many Indians living in Bangkok, and Middle Easterners.

There are quite a bit of Indians living in Bangkok, and this is how the restaurant became famous.

Try the popular fattouch salad, which is made of fresh tomatoes, roman lettuce, cucumber, and mint leaves.

It is topped with fried pita bread croutons, vinegar and lemon dressing.

Another must-try dish is the hummus, falafel, and garlic pita, which are a combo of sort.

All three of these dishes go together to make a dish as we all know as “Falafel.”

Bangkok restaurants are very diverse. Yes, sure, it is the capital of Thailand.

However, Bangkok is a global metropolis.

As a result, you can try different things, including Thai, Chinese, Indian, and even Lebanese!

As I am a tour guide, I know which places give you exactly what you’re looking for.

Namrata Gupta is a Bangkok shopping and food tour guide. She writes about Bangkok and Thai food for AJ Paris Travel.