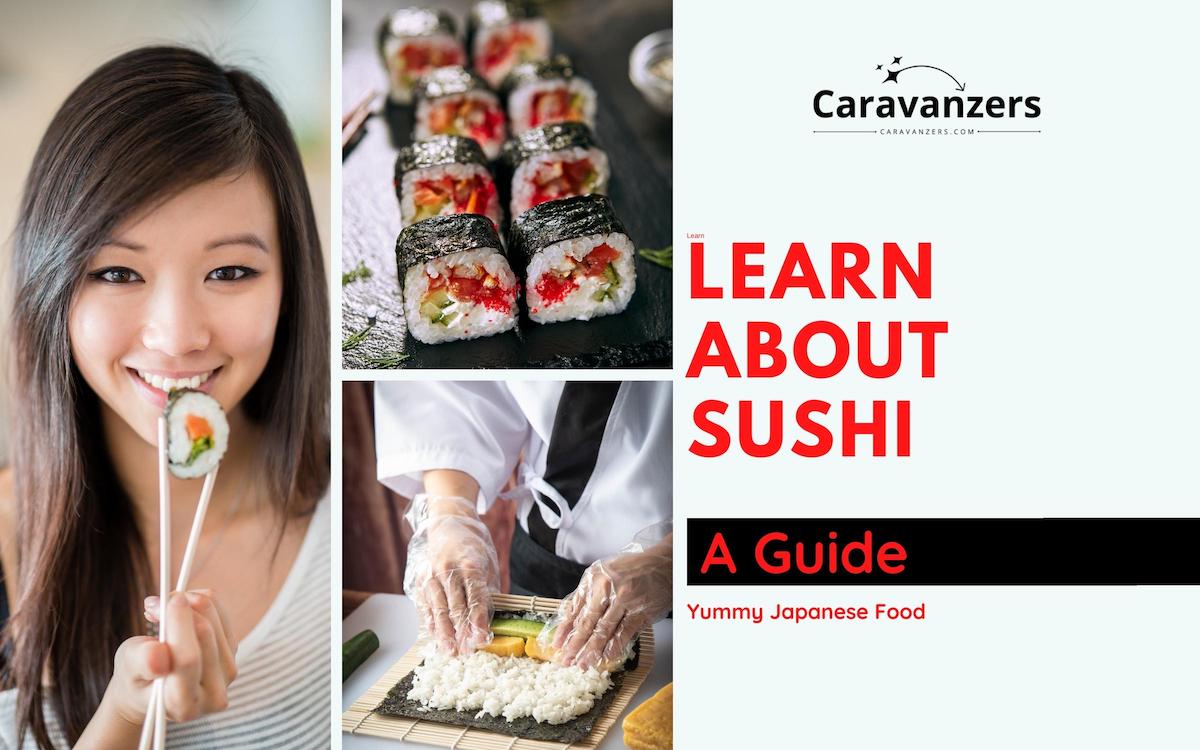 Sushi is the most popular Japanese food outside of Japan. It’s easy to see why: sushi is delicious and visually appealing.

This type of food is popular because it is a delicious way to eat fish. It is also a healthy dish because it is low in calories and has many vitamins and minerals.

Another reason this is a popular food is because it can be enjoyed at any time of the day.

Let’s look at the history, types, as well as what to pair it with, and even some recipes.

Sushi is a Japanese dish that is made from small balls or rolls of vinegar-flavored cold-cooked rice served with a garnish of raw fish, vegetables, or eggs.

It has been around for centuries and is still popular today, both in and out of Japan.

Chinese sushi is a pickled fish that is really stinky.

Because many Japanese restaurants outside of Japan serve both, a lot of foreigners are confused about the difference between sushi and sashimi.

Sashimi is a traditional Japanese dish that consists of thinly sliced meat that is not served with rice.

Although it’s mostly fish (we are an island nation), it can actually be any type of meat. There are parts of Japan where pork is popular, too.

There are many types of sushi, each with its own unique flavors and presentation.

Chirachi is a bowl variety that typically contains a mix of seafood. This is perfectly fine, especially in homes.

I would say it is similar to a burrito bowl. The sushi bowl is delicious, healthy, and quick to make.

Maki is the most common type. It is the rolled sushi, which is filled with vinegared rice and wrapped in seaweed.

This takes a lot longer than chirachi for obvious reasons. However, it is also more flavorful. You can’t really “time” the flavors of chirachi because it depends on what ends up in your mouth.

Nigiri is hand-pressed and where the ingredients are placed on top of vinegared rice and then quickly put onto a plate.

I would say this is the most luxurious way to enjoy sushi, and it is usually more expensive than other types.

There are many more types, but I think that gives you enough.

Japanese sushi is known for its complex, flavorful combinations of ingredients. As a result, there are many sushi pairings to consider when enjoying your meal.

Generally speaking, the soy sauce and wasabi are mixed. Wasabi is made from rhizomes or rootstalk.

Sadly, many modern places use horseradish, which has a different taste, and they just make it green with food coloring.

Saki, on the other hand, is an optional pairing that can be added to many sushi meals. It has a slightly sweet flavor and can enhance the flavor of your sushi.

However, keep in mind that sake is alcoholic.

It’s important to realize that rice used for sushi is different from the usual stuff. You need Japanese short-grain rice.

The rice is steamed rather than cooking, and this method is actually what makes the sushi rice sticky.

Finally, you will need to add vinegar, sugar, and kelp to your rice. Of course, you choose the amounts, depending on flavor.

You will need to get Japanese seaweed sheets (called nori in Japanese).

And then choose your ingredients. For example, you can make it vegan with vegan products.

You could also just as easily make your meal with pork, beef, and even other types of seafood.

Check out this recipe from the Japan Centre in the United Kingdom.